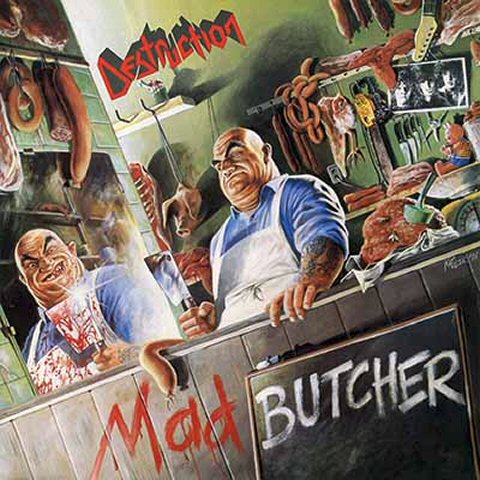 ‘Mad Butcher’ features the familiar Destruction sound right from the start. The production is not as painstakingly clear as on ‘Eternal Devastation’ but still far from muddy. Among the few songs on this mini album, the title track (a new version of the classic piece from ‘Sentence Of Death’) and the cover song ‘The Damned’ are fine though by no means outstanding, but it’s the sharp ‘Reject Emotions’ and the inspirational instrumental ‘The Last Judgement’ that really raise the bar and quite probably are a couple of Destruction’s most distinctive creations. For its short length, ‘Mad Butcher’ is not a definite milestone in Destruction’s career, but it maintains a certain level of quality established on the band’s earlier recordings.