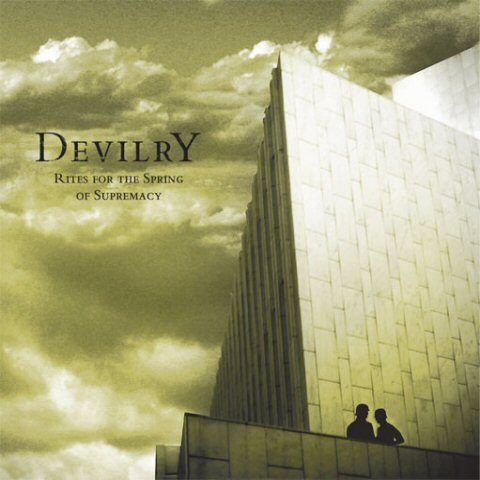 Devilry ‎–Rites For The Spring Of Supremacy lp

Devilry is a Finnish death metal act formed in Helsinki in 1998. Closer listening does reveal a few traditional black metal touches, but insufficient for this to be regarded as any more blackened than Dragonforce. Devilry are not primitive, nor are they particularly technical, maintaining a comfortable middle ground that is neither brilliantly executed nor visionary. The lyrics press the usual hot buttons of war, honour, bloodline and Nietzsche. Military elements are also present in the shape of war samplings, and hymns of victory like in the closing track, Powerbanner. The guitar work remains intricate, while the drumming tends to be acrobatic. Some crazy solos are popping up here and there too. A few compositions have a more moderate pace with crunch such as: ” C.O.T.N.O.”, “Braced With a Sense of Purpose” and “Creed of the Old Fighter”. Rites For The Spring Of Supremacy is an overall good Death Metal disc that, unlike the mass produced releases of the genre, don’t fall into redundancy or sheer brutality.