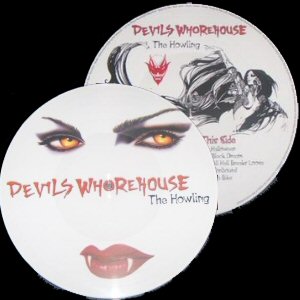 The band was formed by B.War and Morgan of Marduk together with 2 local musicians namely Zwedda and Hrafn in january 2000. They started out as a Misfits/Samhain cover band,but just after 2 rehearsals the band started to do their own material in the same vein as the above mentioned bands. Inspired by horror movies, realizations and glorifications of the imminent approach of death and disreputable monsters. The band entered the studio in April 2000 recording a mini album with 4 tunes and also as a bonus they recorded 4 cover songs (2 Misfits and 2 Samhain tracks) The mini album The Howling was released on Halloween 2000,at the same day the band also did their first live apperance which was followed by another one on Halloween 2001.