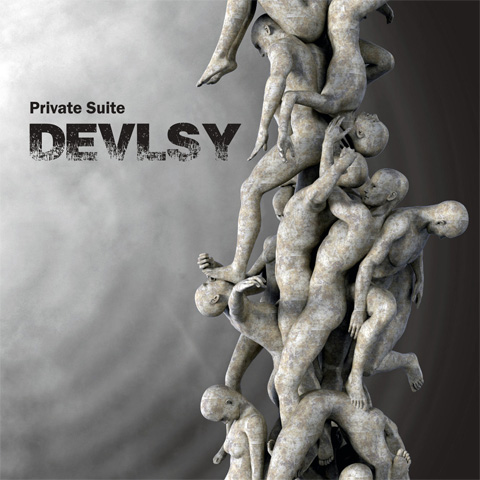 Devlsy is a collaboration of four individuals from Vilnius, Lithuania. Born around 2011 as an attempt in merging black metal and shoegaze, Devlsy’s musical approach and style quickly developed into something truly original and unique even by post-black metal standards, thanks to a clever blend of low-tuned guitars with various sorts of harsh vocals and – most importantly – the characteristic singing distorted bass. Their private pressed debut album A Parade Of States, released in 2013, was brewed following such a recipe and it can be described as a journey into the internal workings and uneasiness of a distorted mind. The upcoming sophomore release, Private Suite, was released in 2017 and its an invitation to go deeper and make further steps into Devlsys incredible stylistic maze. Come enter if you dare, and explore the multiple hidden chambers of their very special post-black metal private suite. The song Bring My Word features guest vocals by Dave Ed from the mighty Neurosis