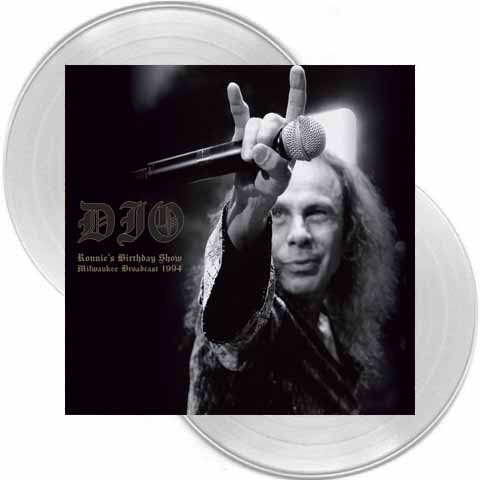 In 1992, Dio and Appice briefly re-joined Sabbath for a tour and the album Dehumanizer, following which Dio reformed and set about recording their sixth album, Strange Highways. Released in January 1994 to fairly low sales but good reviews and reception from fans and critics alike, the group set out on the road for an extensive US and European tour. On 10th July they performed at the Henry W. Maier Festival Park, in Milwaukee, Wisconsin, for which the group put on a dynamic show featuring cuts from their latest record and from previous releases, including tracks Ronnie had composed for Sabbath and Rainbow. Recorded for live FM radio broadcast this superb recording is even the more exciting and fascinating as the show took place on RJD’s 52nd birthday, which was not overlooked as the concert ends with a finale rendition of ‘Happy Birthday’, sung by the rest of the band, the announcer and almost all of the audience.