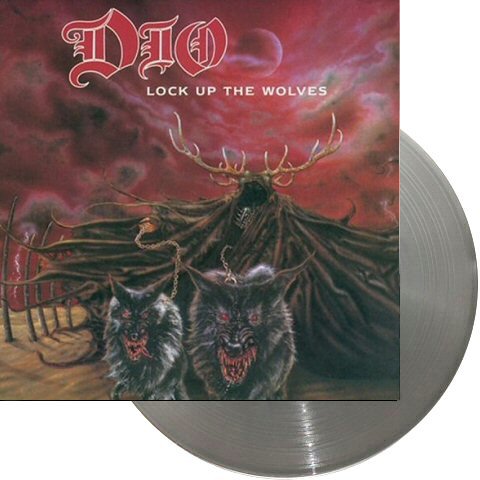 Ronnie James Dio assembled a new version of Dio for Lock Up the Wolves, to no apparent change in the band’s sound. Nevertheless, the group’s status in the metal community was beginning to slip, and the album was the lowest-charting Dio record apart from the live Intermission. So Dios fifth full length album was at its time the least popular one but looking back it’s a bit underrated. There are plenty to like about this album. Dio had found a new guitarist for ‘Lock Up The Wolves’ and the newcomer Rowan Robertson (only 19 when picked up by Dio) gives the album a somewhat heavier and bluesier feel than usual (‘Twisted’ and ‘Evil On Queen St’). It’s a bit of a shame that this collaboration ended so abruptly after just one album. There are some excellent tracks like the fast opener ‘Wild One’, the mid-tempo ‘Born On The Sun’, the balladesque ‘Hey Angel’ and ‘Between Two Hearts’ and the excellent closing song ‘My Eyes’.