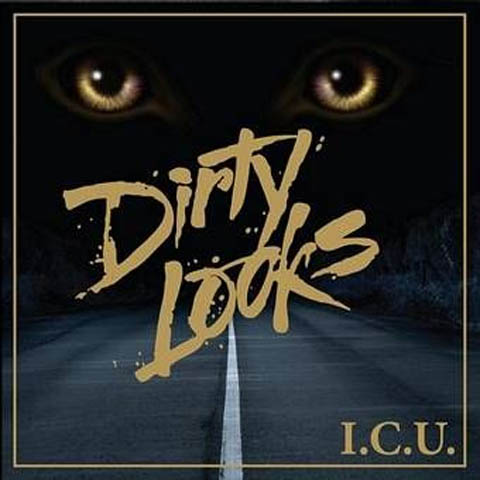 Perhaps their heaviest and most diverse album to date, and their best album in the last decade, Dirty Looks charters new territory on their 2010 studio album I.C.U. This album shows the work of a revitalized band that was poised for a comeback, when unfortunately their world was turned upside down when bassist Greg Pianka was killed in a bar fight shortly after he finished laying down his bass tracks. The band, devastated, forged forward to finish the album in Greg’s honor and wanted it released asap to commemorate what would be his last work. I.C.U. shows the workhorse mentality of a newly formed, dedicated and hungry young band paired with the classic Ac/dc vocal stylings of frontman, Henrik Ostergaard, who brought the band to the dance more than once. While the listener gets what they have come to expect, a classic Dirty Looks sound, they also get something new – a young, hungry, solid band that tweaked the album into a heavy but melodic piece of hard rock history. With up-and-coming producer, Mikhail Pivovarov, at the helms…Dirty Looks was able to tread into new territory as well. The album, while still a very hard rock album, features a couple of surprises. Showing the bands growth, you have the band and producer experimenting with a mixture of violin, cello, piano, and strings on Only Friend. The other surprises on this album are the three cover tracks: Happy Together (The Turtles), Spirit In The Sky (Norman Greenbaum), and Down Payment Blues (Ac/dc). Its surprising to see the band cover an Ac/dc tune, when for so many years they tried to shed the often made comparisons to one of Heavy Metals Dynasties.