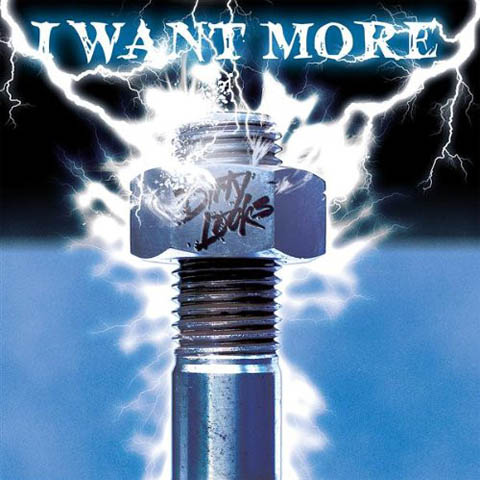 They just wanted to rock! So when Erie, Pennsylvania cover band Crossfire called it a day, Danish born vocalist/guitarist, Henrik Ostergaard, and fellow Crossfire bassist Jimmy Chartley packed up and headed to the west coast (San Francisco to be exact) and Dirty Looks was born. With a small self-titled ep already under their belt, Dirty Looks would release its first full length album of the same name in 1984 on Sticky Records. Axe Killer Records (France) would pick up this album a year later and give it a bigger production. Meanwhile, back in the states, bands like Quiet Riot, Motley Crue, and Ratt were putting a very public face on hard rock music. So it was really no wonder why local radio stations were spinning Dirty Looks, especially with the lofty comparisons to Bon Scott and Ac/dc. However, trials and tribulations would eventually cause the band to break-up and head back to Pennsylvania. Dirty Looks would eventually re-group with the addition of bassist Jack Pyers. The band with the core duo of Henrik and Jack would then release two more independently produced albums in the next two years. 1986 saw the release of Inyourface which garnered a lot of airplay on the reputable Z-Rock. Dirty Looks stock was rising! Then in 1987, the band forged forward with the release of their third full length album, I Want More and more is what the band would get. The Major labels started calling: EMI, Elecktra, Chrysalis, and Atlantic all put in their bids; and Atlantic won…..and the rest is history as they would say. Dirty Looks saw MTV Airplay, worldwide tours, major recording budgets, and an era that ushered Hard Rock/Heavy Metal into the mainstream.