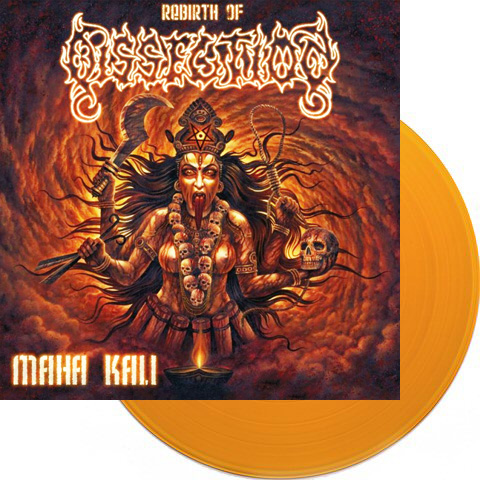 Firstly, I have to say that the most disappointing thing about the Metal scene is the fans. Fans are always so fickle and closed minded. Here’s a revelation for you: Bands don’t–and if they want to stay good–write music for their fans. Music has to come from a magical place within you. Every time a band writes something for their fans–it sounds like crap. Every time a band writes something for themselves–that’s when true creativity comes to play. If you want classic Gothenburg death metal and classic Norwegian death metal, go write it yourself. If you wanted something new from Jon, you have found it. Despite the complete lack of a blastbeats, addition of female chanting vocals, this song still has it all. The track is very reminiscent of Heartwork era Carcass, only better. The lyrics are dark and worshipful and follow some occult formulas of writing. Jon’s work here was to create a work that would be a capstone and a final piece of art for the MLO and his religion. The cover art is sweet as usual, especially if you know the story of Maha Kali, beautifully illustrated by Necrolord. This single also includes a re-recorded version of Unhallowed which I think is not so much cleaner and shinier, but merely sharper and more cutting. This single and the Reinkaos album deserve a well-cut place in the history of metal.