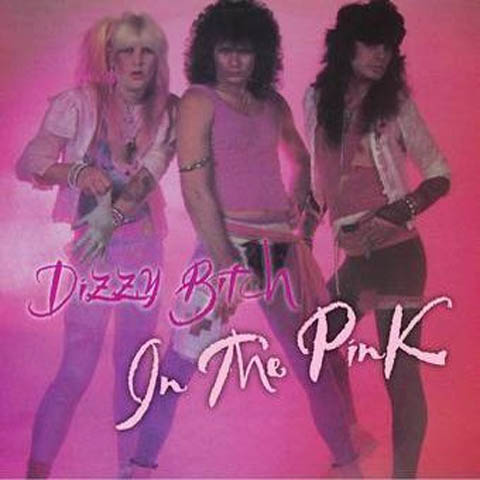 Dizzy Bitch was created in 1981 in Lakewood California by Tim Tation and Hondo Blackout, along with 2 other band members and the first line-up lasted for several months. However it was when Panda drummer Johnny Lust joined in the spring of 1982 that things started to take shape. The band were then rehearsing, writing (and partying) everyday at Tim’s garage. The band were heavily influenced by acts such as The Plasmatics, Kiss, Angel, Quiet Riot, Sex Pistols, Twisted Sister, Rush and Randy Rhoads. They started playing shows at clubs in Orange County CA like The Woodstock Concert Theater and Radio City moving they’re way up to Hollywood playing famous clubs like Gazzarri’s and The Whisky A Go Go among others. Dizzy Bitch was the band who played the infamous Long Beach Junkyard Party too. A party that Long Beachers still talk about. The band released a 6 track EP on Azra records and took over a house in Cerritos for 3 months (while the poor girls parents were on vacation). The house was turned into a night-club / band house and Dizzy Bitch played every weekend with tons of people coming through. With the daily rehearsals and constant traffic of fans and friends, the house was soon destroyed. It was insane and they totally pulled it off. The band was on their way. Dominating clubs and parties everywhere, Dizzy Bitch had become a way of life. This vinyl EP was then been brought back to life on CD for the first time in 2011. So bring on the hairspray and lipstick and listen to this classic glam gem. No matter how pink it look it still kicks your ass