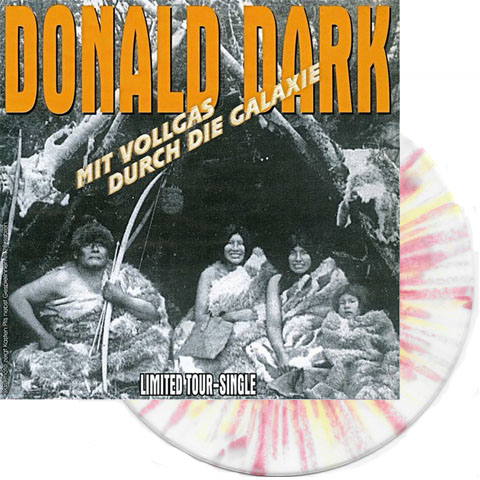 Donald Dark was a German melodic punk rock band founded in Bonn back in 1994 by singer, guitarist, songwriter and producer Mitzky DieLust, later joined by Kasten Pils on drums and vocals and Sven Gluckspilz as bassist and sound engineer. The band released four album up to 1999 before they called it a day. The band were reformed briefly under the name Mitzky in late 2000 and made a tour with J.B.O. before ending their work in mid-2001. The band performed punk with lots of humour and their songs could be in both German or English.