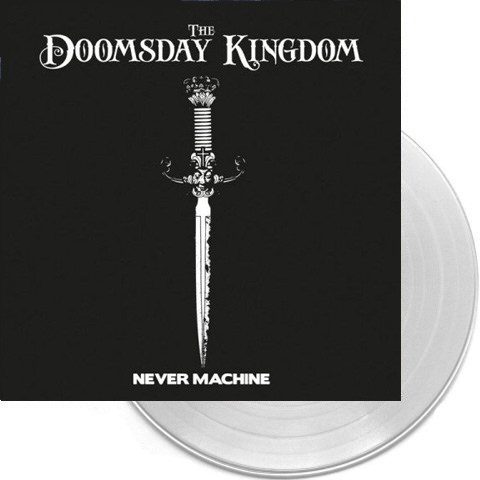 The Doomsday Kingdom is a new side-project idealized by Candlemass founder, lead songwriter and bassist Leif Edling. Leif is well known in the metal community for being a multi-instrumentalist, master songwriter and occasional producer, having appeared and collaborated in acts such as Avatarium, Witchcraft, Krux, Hexenhaus and Nemesis, not to mention his self-named band. The Doomsday Kingdoms first release is the ‘Never Machine’, first issued as a private pressed vinyl called “Never Machiner Demo EP” on March 18th 2016 then reissued by Nuclear Blast on the 25th of November the same year with a new cover artwork. The EP features four songs lasting a little less than half an hour and it features Niklas Stålvind from Wolf on vocals. According to Leif, ‘Never Machine’ is “metal from the catacombs, the way it’s supposed to be”, and he couldn’t be more right. The EP is a personal journey and a musical gem, and this is only a glimpse of what is to come. If these four songs are samples of what we should expect from Leif when The Doomsday Kingdom releases its first full-length, rest assured that we will see a lesson on making Doom Metal and a highly passionate effort. Leif Edling is, indeed, a Doomfather. Bravo.