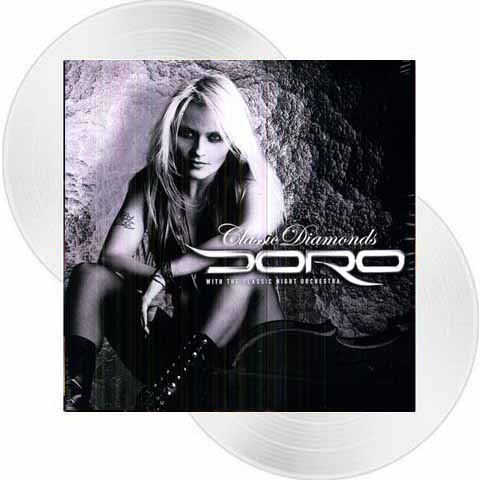 Since the 80s, Doro has undoubtedly been one of heavy metal’s top female vocalists; she has consistently issued solo albums since the breakup of Warlock. And with quite a few metal acts going the orchestral route during the late 90s/early 21st century, Doro took the plunge as well — teaming up with the Classic Night Orchestra and issuing 2005’s Classic Diamonds. While some of these symphonic metal releases come off half-baked, Classic Diamonds is one of the few that succeeds, primarily because there is no attempt to force-merge metal riffing with a symphony. This approach is evidenced by one of the album’s top standouts — a track sung in Doro’s native language (German), “Für Immer.” Elsewhere, you’ll find a cover of Judas Priest’s “Breaking the Law” which is slowed down and stripped down to its basics, as well as a track that sounds surprisingly very Kate Bush-esque, “Metal Tango.” This successful departure is highly recommended to Doro fans worldwide — just don’t expect thrash metal tempos.