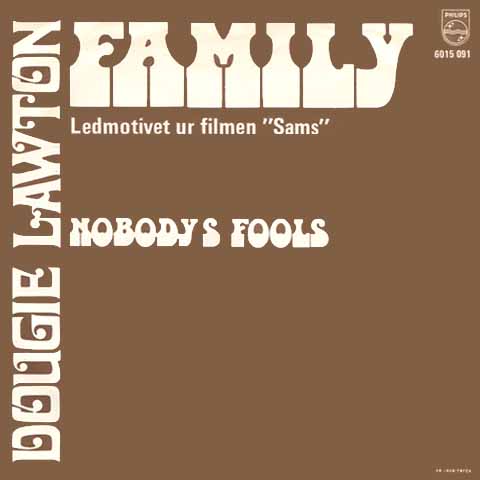 Douglas Ewart Lawton (Dougie Lawton) was born in Great Britain in 1948 and is a guitarist, composer and lyricist. He moved to Sweden and became guitarist for Jerry Williams touring band Roadwork. He also wrote Williams big hit I Can Jive. He also worked at Anders Henkan Henriksson and Coste Apetreas studio Synchro Sound. He has been part of more than a hundred releases either as a performer or as a lyricist or musical writer. In the early 70s he got a chance to record music to the French-Swedish movie Sams that was directed by Calvin Floyd. The movie would be released in 1974 and two of the tracks from the soundtrack was released on this single. Fans of 70s progressive music or early 70s hardrock should take notice.