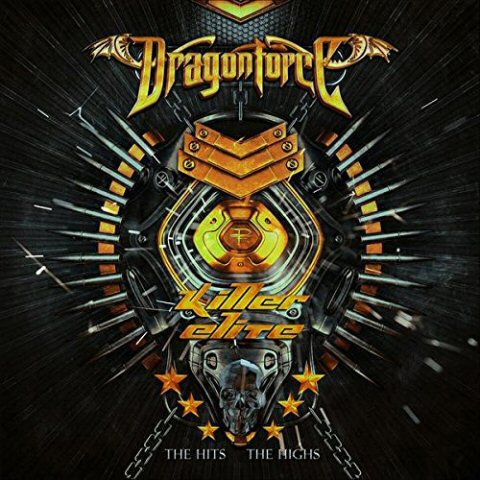 The English video game/speed/neo-classical power metal enthusiasts’ first-ever “best of,” the aptly named Killer Elite manages to cram 22 of the band’s mightiest moments into a single collection spanning over 2 cds. Hearing the group’s vast catalogue parsed into choice bits actually makes for the most compelling Dragonforce outing to date, as Killer Elite not only features the most delicious cuts of meat, it spans two different eras of the band: the ZP Theart-fronted breakout years, and the more recent, Marc Hudson-led era — Herman Li and Sam Totman, Dragonforce’s co-founders and co-shredders, are the band’s through line and heart and soul, with the former serving up high-wire circus act-worthy solos and the latter following suit while also serving as the chief songwriter. Opening with the Guitar Hero-approved seven-minute epic “Through the Fire and Flames” from 2006’s Inhuman Rampage, which is more or less the band’s signature tune, Killer Elite checks off all of the boxes, offering up an all-killer-no-filler set of fantasy-driven power metal anthems, with highlights arriving via fan favorites like “Heroes of Our Time,” “Seasons,” “Last Journey Home,” “Operation Ground and Pound,” “Cry Thunder,” and “Valley of the Damned.” The collection also includes three live recordings, “Fields of Despair,” “Three Hammers,” and “Starfire,” and the three songs culled from the band’s 2003 debut Valley of the Damned (“Heart of a Dragon,” “Black Fire,” and “Valley of the Damned), have been newly remastered