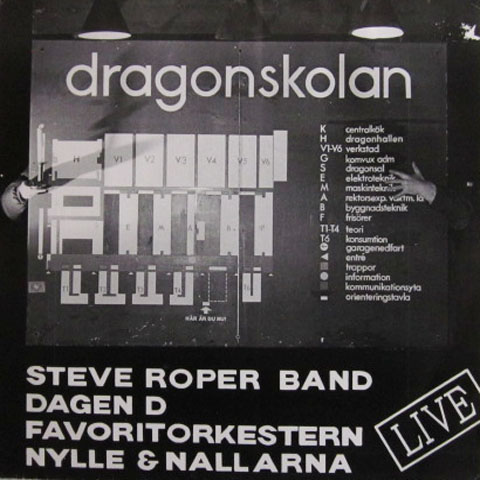 Reduced price due to small sticker damage on front cover

Local compilation album with 4 local bands recorded live at Dragonskolan in Umeå on the night of Lucia 1981. First out is Steve Roper Band who started late 1975 and were active up to 1984 during those years they released two singles, a mini album and appeared on three compilation albums and cassettes. The track here is some power pop punk. The band would later describe themselves and their music as a mix between Motvind and Wishbone Ash. Out next is Dagen D a punk act that released a great single on Fest Produktion in 1981. First out on side B is Favoritorkestern, a pop rock group featuring Jan Hofverberg on bass. Jan Hofverberg would also play with The Lightnings and he would document no less than 181 groups from Umea in his magnificent book Rock I Umeå 1958-1983. Last out is Nylle Och Nallarna another punk act that released a single on Fest Produktion in 1981. All four tracks are exclusive for this album