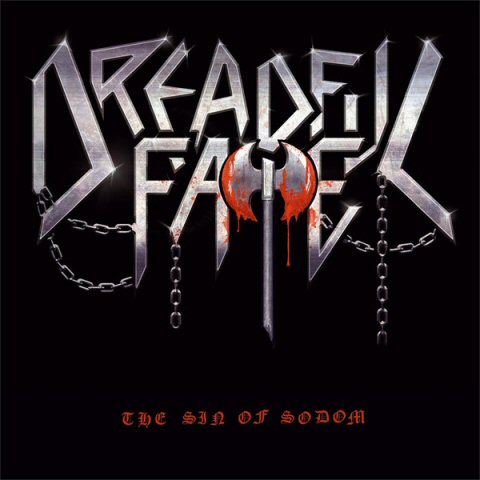 Merciless left us in 2002 with its self-titled rager. Hypnosia left us in 2000 with Extreme Hatred. And thankfully Nifelheim are still with us, thrashing ’til death on 2014’s Satanatas EP. So, it stands to reason that Sweden’s Dreadful Fate would come out riffs blazin’, solos wailin’, and hatred spewin’ on debut EP, The Sin Of Sodom. Why such confidence in a band born to this world in 2017? Well, ex-members tell the story. Vocalist Bestial once fronted Hypnosia; Death Ripper spent time in almost every band in Sweden, including Entombed A.D.; Corpse Skelethor is currently bashing skins in Deströyer 666, In Aeternum, and Nominon; and bassist Total Destruction was part of Merciless’ glorious mid-’80s to mid-’90s march into infamy. This is a righteous slab of merciless death/thrash with tracks like “The Sin of Sodom,” “Unholy Lust,” and “Tormentor,” a supreme cover of the Kreator classic. Seriously, there are thrash bands, even new ones, who are great. But none of them compare to Dreadful Fate. Buy Dreadful Fate it will tear your soul apart in endless pain with terrible certainty and extreme aggression. Their pleasure is to kill!