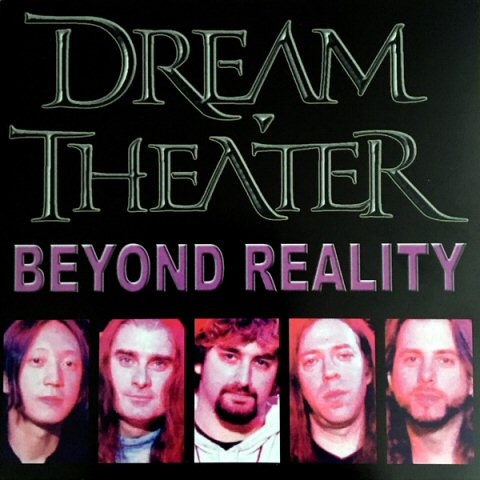 ZZ Top had to cancel their appearance at Bospop Festival in Weert, Holland on the 9th of July 2000 so Dream Theater received some extra stage time. The concert should have started at 11pm, but it became a little later. The roadies turned out to have a lot of work setting up the amplifiers and the huge drum kit, that was hidden under a blanket, but that was visible during the performance before Dream Theater. It contained a sign saying Echo Hill; the place where the murder takes place in Scenes From A Memory. The roadies also put TV screens on stage. This ‘big’ approach gave me hope that they were indeed going to do the entire story. Finally, when everything was ready, a warm but dramatic melody sounded, which caused a magical atmosphere in the dark. There was a huge cheer in the audience. We heard the clock ticking and we saw the hypnotherapist on the screens. And then… John Petrucci came on stage! He played the gentle chords of Regression on his electric guitar, but it sounded really well like an acoustic. We heard James LaBrie singing as well, but he was not visible. It was so great to see this live! Someone took away John’s chair after this first part and the Ouverture 1928 followed immediately. Jordan Rudess, John Myung and Mike Portnoy showed up as well and they played fantastically! The volume of the guitar was a little low and the bass did not sound very clear, but what does it matter? It was amazing that Petrucci and Rudess could actually reproduce these solos live and with such enthusiasm! Wow, this was shocking… And Mike… unbelievable! He swung, spitted, played even more amazing fills than on the studio album and acted as the band leader. Finally LaBrie came up as well for Strange Deja Vu. He was very lively and he sang with a lot of soul. The animations of the house completed the show. Well, I can’t be this detailed about the entire concert, so I will report on some highlights. After the quiet Through My Words, the guitar / organ hook in Fatal Tragedy worked out great. Beyond This Life is one of my favourites on the album and the solos were just fabulous! Through Her Eyes was an emotional relief. LaBrie sat down on a chair and had one of his rare direct interactions with the audience. He was expressing his appreciation while some people lit up their lighters. Portnoy came from behind his kit and even strummed a chord on the guitar. The end of this song was a lot heavier than the album’s fade out, so one moment I feared that this was it for Metropolis part 2. But no way, after two seconds rest Petrucci started the monumental Home, another highlight! I especially liked the end with the unisono 7/8 ‘sitar’ and keyboard and Mike’s last fill. After the steaming instrumental The Dance Of Eternity, a very relaxed intro was added between the piano solo and the start of the vocals on One Last Time. The animations of churches played a big role in The Spirit Carries On. Finally Free was a highlight on many aspects. The video in the instrumental section made clear what actually happened during the murder. Lately, it appears that the ideas I developed of the meaning of every level of the story, without reading any other analysis, are right. It was nice to see this happen again at the concert. In the last ‘dead march’ part of the song, Portnoy was completely going insane with his fills; almost a drum solo. The band added some chords and left the stage. The movie continued with the final outcome of the story and with white noise the integral performance of this psychological thriller came to an end. What do you do after almost one and a half hour of great music with hardly any opportunity to applaud? Indeed, you give an enormous deafening applause. And that is what we did until the band returned on stage. They thanked us and as an encore we got a heavy and long medley of songs from Awake and Falling Into Infinity and it was fantastic. After a concert of almost two hours, Dream Theater definitively left the Bospop stage and leaving many of its visitors going away with one of their most intense concert experiences in their lifes. This double album features 3 rare bonus tracks