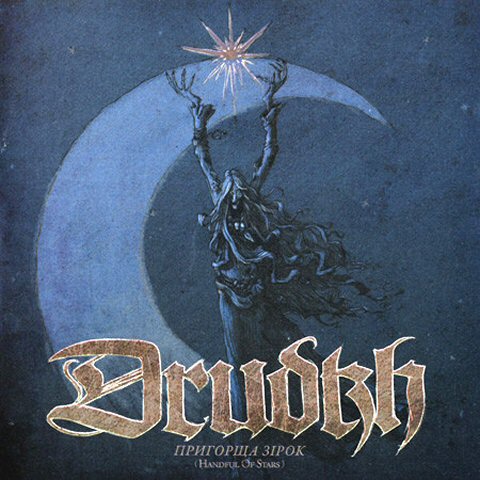 Expectations are soaring as Pagan Black Metal legend Drudkh unleashes ‘Handful of Stars’. Their eighth album once again lives up to the Ukrainians expressed values of individualism and self-improvement. Although the band preserve their unique sound, they move into a more atmospheric and progressive direction. This ties in well with the meandering paths the band took on each new release. Their debut ‘Forgotten Legends’ (2003) was inspired by Nordic Black Metal with a deep melancholy permeating the heart and soul of their music, which came to be termed Slavonic Heathen Metal. Their second album ‘Autumn Aurora’ (2004) added cinematic soundscapes, while ‘The Swan Road’ (2005) referred to traditional Ukrainian music. ‘Blood in our Wells’ (2006) witnessed an increase of progressive elements. Drudkh surprised their dedicated following with the instrumental and partly acoustic ‘Songs of Grief and Solitude’ (2006), before they returned to a basic Black Metal expression with ‘Estrangement’ (2007). As on their latest release ‘Microcosmos’ (2009) and previous albums, Drudkh delve into nature mysticism, legend and history – this time mainly inspired by the Ukrainian poets Oleksa Stefanovych and Svyatoslav Gordynskyj.

Track list:
1. Cold Landscapes
2. Downfall Of The Epoch
3. Towards The Light
4. Twilight Aureole
5. The Day Will Come
6. Listening To The Silence