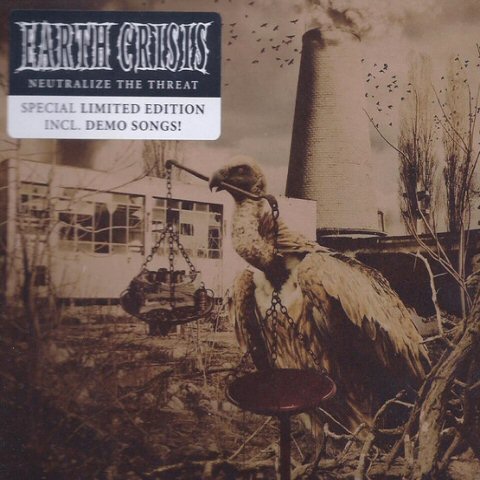 2011 release from the American Hardcore band, their second album since reuniting in 2008. With Neutralize The Threat, Earth Crisis have crafted their most angst ridden and unrelenting offering of their already stellar career. Neutralize The Threat will serve as a much needed wake up call to the masses and silence any doubters in the process. Buechner’s astounding range and vocal depth has positioned him as one of the strongest voices in rock. The musical backbone of the band has never been stronger from both songwriting and musicianship perspectives. Guitarists Scott Crouse and Erick Edwards’ sometimes pulverizing and jagged, sometimes soothing sonic barrages round out the musical savagery. Bassist Ian Edwards and drummer Dennis Merrick provide the most calculated, spontaneous and convincing percussion backdrop in hard music today.