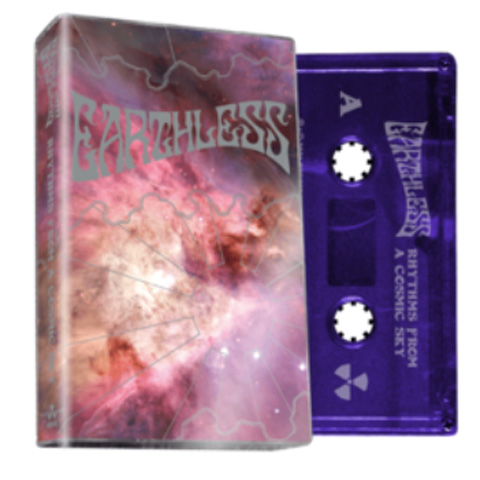 Just like the drug, all of the acid-drenched stoner rock in the early 21st century can become a bit of a drag. The Japanese have their own take on such things to keep them fresh, but often American bands turn on the down low, so slow and so deep in the riff department that the notion of what an electric guitar can do when played with complete inspiration backed by a symbiotic rhythm section evades them. Enter San Diego’s Earthless, who blew pretty much everybodys mind with their debut full-length Sonic Prayer in 2005. They jam as Jimi Hendrix jammed, as Cream and Free and even Humble Pie jammed when they took it outside. But Earthless are always outside. They literally enter the sonic maelstrom of inspiration and free flowing, molten, deeply emotional energy where most felt it was at its peak, and they go up from there, moving into dusted rock realms not even dreamed of by the current jam band crew, the stoners or the droners, or even the heaviest of the doomers. They could hang with the most progressive of the metal bands around if they wanted to, but it’s not in their credo. They don’t see how long they can extend a chord; instead they see how many notes can fit into one, and how groove-oriented a tripped-out riff can get. They know the other side: these guys belong more with the Japanese bands, with Stars or Acid Mothers Temple, when they choose to find the groove to take them there instead of pure power. But there is no lack of power on Rhythms from a Cosmic Sky. Beginning with Godspeed (a four-part suite lasting 20 minutes) you are on a ride into the unknown spaces. Chaos, feedback, slamming snares and shimmering cymbals (courtesy of drummer Ruby Mars, who used to be Rocket from the Crypt’s Mario Rubalcaba) adorn the first three minutes, so one thinks he is on board with Kawabata Makoto or Musica Transionic. Then it begins. In earnest. The sheer rock power domination, the blues, the boogie, the Sabbathian power riffs, the speed and classic power metal, and the freedom to go wherever the hell one pleases are all woven in. There are song structures and they take over for a few minutes before guitarist Isaiah Mitchell lets his freak flag start to fly into the stratosphere, and as bassist Mike Eginton pushes the riff into the loud Mars double- and triple-times the band. Mitchell is an astonishing guitarist who takes his time and lets fourth gear move into fifth, sixth, seventh, and then pushes the throttle way past the redline mark. On this set, producer Tim Green plays Hammond B-3 and adds a certain mesmerizing dimension and texture to this otherworldly, deeply heavy flip-out set. Mitchell doesn’t forget the riffs, he simply fills the spaces between them with seemingly endless solos. And in a way, they are. Is this indulgent? You bet. Is this excessive? Totally. Is it called for? Oh God, yes. They shake the deafening rock tower of Babel as they climb it into an oblivion of their own genuine and inspiring creation. The listener is tempted to keep turning the stereo box up until the ears begin to bleed a bit. The second jam here, named for their first album, “Sonic Prayer” begins with a slow, sitar like drone, gentle, gentle, and then the bloody enormous riff kicks in as a wall of controlled feedback creates its own drone as Eginton provides that hypnosis with a constant thrum and Mars breaks his beats in between the phrases: squall, noise and space are all parsed out as Mitchell begins his dreamy trip to the outer kingdoms with beautiful effects like wah wah, echo and delay. Before long, this 21-minute journey into the realms of the sorcerer starts to move and shape shift: the riffing returns en masse to remind the listener that this is no hippy jive, but something far weirder, more beatific, darker and heavier than anyone else outside the Japanese realms, and they give all of them a run for their money with their unique melodic improvisation and space exploration. Think of Hendrix playing with Sabbath without the vocals and add Cream’s sense of movement and thud. “Sonic Prayer” is simply one of those tracks that should be destined as an example of prime acid rock jamming taken to a whole new level. Mitchell. Eginton and Mars are the almost insanely gifted Earthless: they’re a whole other thing in American power rock right now. They point a way that few will be able to follow.