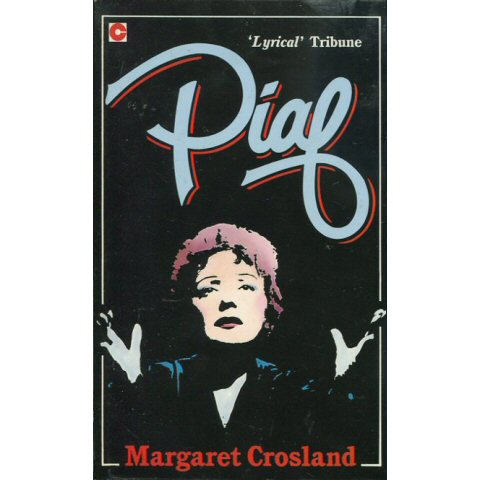 Reduced price due to being a sorted laminated ex-library copy

Artists from two divergent facets of the entertainment world are represented by these new titles. Piaf, the first non-French biography of the legendary singer, succeeds in discarding the myths and half-truths promulgated by other biographers and by Piaf herself. Piaf’s path was self-destructive; her constant bouts with alcohol and drugs and her attempts to manipulate the men she loved form a pattern which would only end with her death at 48. But Piaf’s fame transcended her unique vocal talents; she became what she sang, a monstre sacre idolized by fans all over the world. Crosland uses both interviews and Piaf’s recorded legacy in analyzing the life and work; the result is a fascinating, well-balanced and factual biography that captures the essence of Piaf’s tormented life. Appendixes include a discography, songlist and bibliography