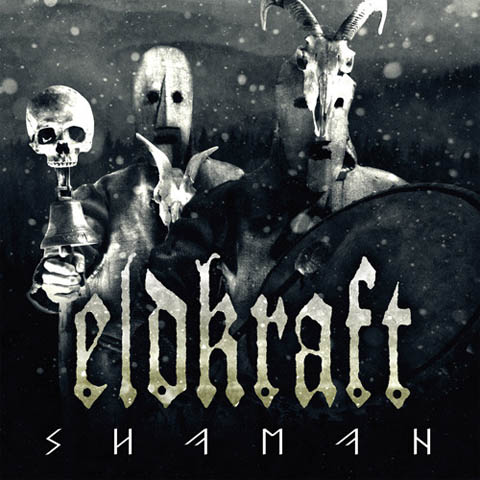 Swedens Eldkraft is a musical constellation whose primary foundation rests on epic metal while drawing experimental influences from ancestral musical traditions of the North and spiritual guidance of its hermetic crafts. Shaman, the debut album, is a psychedelic trip gazed upon through contemporary elements, circumnavigating journeys of knowledge, growth and the ecstasy of the soul. 2011 was the year when the two ex Horde Of Hel, Odhinn and In Battle members J. Sandin and H. Karlsson chose to embark on a different path, having reached the end of the line with previous projects and bands. After hearing demo recordings the were soon a labels that saw the bands potential. With a record deal firmly in place, Eldkraft immortalised ten songs for their debut album in their own studio Epidemic, while N. Fjellstrom (Odhinn, Aeon, Dark Funeral) recorded the drums in studio Necromorbus. Fans of epic pagan metal, doom, viking and folk will enjoy this. Great start with a nice steady pace, very fluid organic type of riffs much like Primordial.