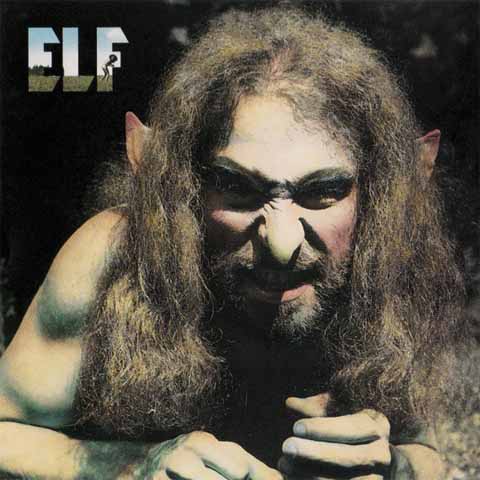 By the time he came to prominence as the lead singer of Ritchie Blackmores Rainbow, Ronnie James Dio had accumulated an extensive rock n roll resume (longer than he would like to admit, actually) performing with a number of groups, ranging from doo-wop in the late 50s to psychedelic rock in the 60s. But it wasn’t until he founded Elf in the early 70s that Dio, or Ronald Padavona as he was then called, took his first tentative steps toward hard rock. Still, with the honky tonk piano playing of Mickey Lee Soule dominating many of its songs, Elfs self-titled debut (produced by Deep Purple bassist Roger Glover) hardly qualifies as a bona fide heavy metal record. In fact, tracks like Hoochie Koochie Lady, First Avenue and Sit Down Honey sound more like the Rolling Stones than Black Sabbath, and it’s only occasionally (I’m Coming Back to You, Gambler Gambler) that the band produces truly stripped-down, gritty hard rock. Never More is perhaps the albums most interesting track, starting with lilting piano and a dramatic delivery from Dio (sounding rather like Freddie Mercury) before launching into a driving hard rock riff in the vein of his best work with Rainbow and Sabbath in later years. A must-own for Dio fanatics only. With David Rock Feinstein (The Rods) on guitar

Track list:
1. Hoochie Coochie Lady
2. First Avenue
3. Never More
4. Im Coming Back For You
5. Sit Down Honey (Everything Will Be Alright)
6. Dixie Lee Junction
7. Love Me Like A Woman
8. Gambler Gambler