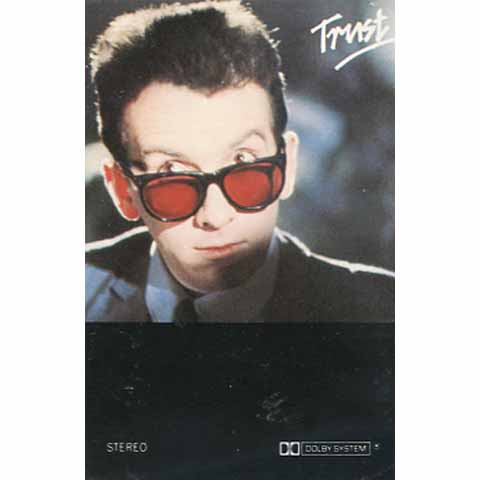 Following the frenzied pop-soul of Get Happy!!, Elvis Costello & the Attractions quickly returned to the studio and recorded Trust, their most ambitious and eclectic album to date. As if he were proving his stylistic diversity and sophistication after the concentrated genre experiment of Get Happy!!, Costello assembled Trust as a stylistic tour de force, packing the record with a wild array of material. “Clubland” has jazzy flourishes, “Lovers’ Walk” rolls to a Bo Diddley beat, “Luxembourg” is rockabilly redux, “Watch Your Step” is soul-pop, “From a Whisper to a Scream” rocks as hard as anything since This Year’s Model, “Shot with His Own Gun” is Tin Pan Alley pop, “Different Finger” is the first country song he put on an official album, and that’s not even counting highlights like “New Lace Sleeves” and “White Knuckles,” which essentially stick to Costello’s signature pop, but offer more complex arrangements and musicianship than before. In fact, both “complexity” and “sophistication” are keywords to the success of Trust — without delving into the minutely textured arrangements that would dominate his next pop album, Imperial Bedroom — Costello & the Attractions demonstrate their musical skill and savvy by essentially sticking to the direct sound of their four-piece band. In the process, they recorded, arguably, their most impressive album, one that demonstrates all sides of Costello’s songwriting and performing personality without succumbing to pretentiousness.