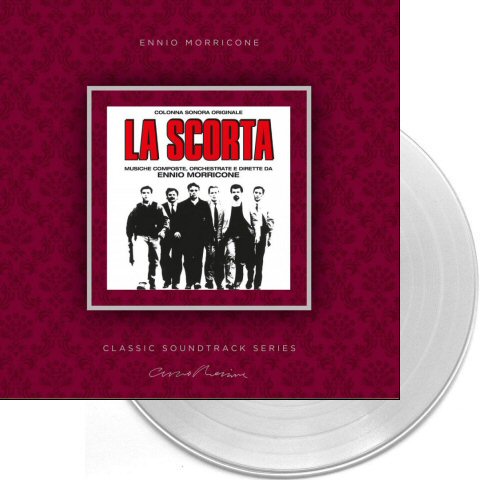 La Scorta (The Escort) is a 1993 Italian crime film directed by Ricky Tognazzi. The film shows the difficulties of an honest, imperilled judge and his bodyguard of four men, trying to clean up a Sicilian town. Corrupt local politicians, working hand-in-hand with the Mafia, will stop at nothing to prevent exposure of their rackets. The movie was an entry at the 1993 Cannes Film Festival and was a huge success in Italy, winning several David di Donatello awards. Ennio Morricone composed and arranged the score of the movie. He has made scores and soundtracks for more than 500 film and television productions, making him one of the most influential and best-selling film composers since the late 1950s.