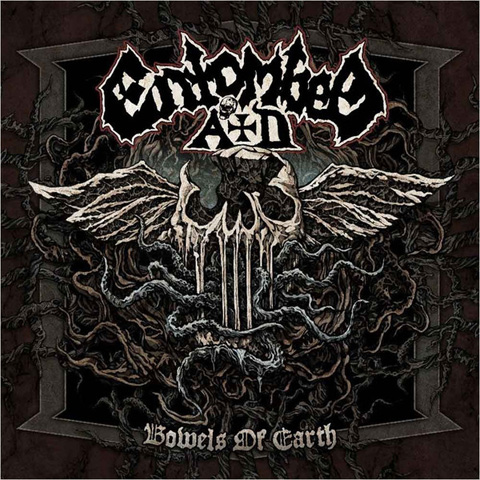 Nobody can cheat death. And nobody can cheat at death metal either. Flying the flag for balls-out and murderous death metal since 2014, Entombed A.D. return with one of 2019’s most devastating, deathly statements. This is death metal done right. Formed by former Entombed members LG Petrov (vocals), Victor Brandt (bass), Nico Elgstrand (guitar) and Olle Dahlstedt (drums), this marauding band of death metal warriors have steadily established their own identity over the last five years. Debut album Back To The Front was a raw and raucous revelation that delighted fans old and new. Two years later, the monstrous Dead Dawn emerged, building on the debut’s furious power and confirming Entombed A.D. as major players in today’s world of brutality. Fast forward to 2019 and the third chapter in the band’s savage saga have been unleashed.

Track list:
1. Torment Remains
2. Elimination
3. Hell Is My Home
4. Bowels Of Earth
5. Bourbon Nightmare
6. Fit For A King
7. Worlds Apart
8. Through The Eyes Of The Gods
9. I’ll Never Get Out Of This World Alive-Hank Williams cover
10. To Eternal Night
11. Back At The Funny Farm-Motorhead cover