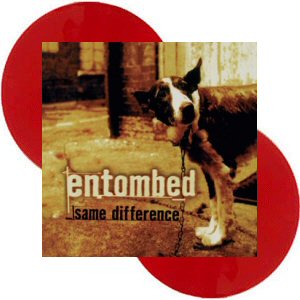 Entombed’s label woes continued even after their signing to Music for Nations, as Same Difference was released in Europe in 1998 but wasn’t released in the U.S. until Roadrunner acquired the rights in 1999. Aside from new drummer Peter Starnvind, the lineup is the same as that on To Ride, Shoot Straight and Speak the Truth, but the music is somewhat different — the monumental detuned guitar riffs still provide a drive like few other bands, but here they’ve become something closer to alternative metal (and not just because of L.G. Petrov’s more toned-down vocals). The decision to tinker with their sound is admirable — after all, there was a growing sense that the band was beginning to repeat itself a bit, even if its blend of aggression and groove still rivaled Pantera as among the most intense ever committed to tape. The problem here, though, is that Entombed follow that alt-metal blueprint a little too closely and end up falling prey to that genre’s main pitfall — an abundance of aggressive sound, but little that’s memorable. This being Entombed, of course, some bottomless riffs do pop up here and there to make a lasting impression. But overall, Same Difference sounds strangely generic.