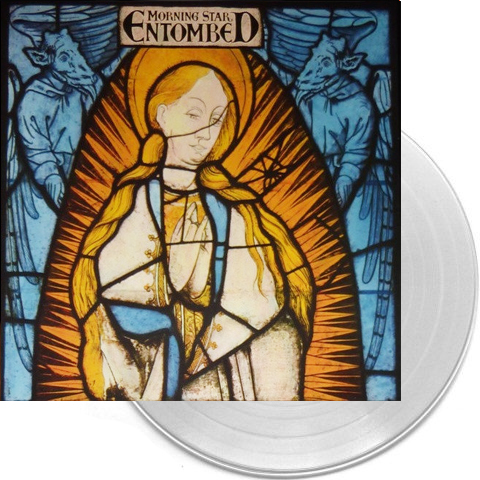 Despite years of making above average heavy metal in the underground, Entombed never had a chance to break into the mainstream. This most likely reflects on their death metal past, which provided excellent but decidedly uncommercial music. Time will tell, but Morning Star will hopefully be ranked with Slayer’s Reign in Blood, Sepultura’s Chaos A.D., and Pantera’s Vulgar Display of Power as some of the finest thrash metal ever made. Vocalist L.G. Petrov really comes into his own on this album; his vicious roar has never sounded as clear and focused as it does here. And chief songwriters Uffe Cederlund and Jorgen Sandstrom cut away the excess fat and created some truly memorable riffs and lyrics. “Chief Rebel Angel” comes flying out of the gates with a mountain of guitars and a raging Petrov railing against God and praising Lucifer like no one has since Deicide’s first album. “Bringer of Light” is a thick, heavy number that shows off the twin guitar assault of Uffe Cederlund and Alex Hellid. “Year One Now” provides a truly classic metal moment as Petrov shrieks, “Kill! Kill! Kill! Die! Die! Die!” with a passion that is rarely displayed in this genre. And the awesome “Mental Twin” closes the album like Godzilla stomping through Tokyo; the deliberate pace and incredible guitar work brings this closer to Black Sabbath territory than they ever have ventured before. The best part of the whole affair is there is not a single boring (or even average) track on the whole album, and Petrov’s show-stealing performance really does make this a fantastic death metal album. The band also maintains their high standard of lyric-writing; they may sing about Satan, but they do not take the lame-brained approach of their contemporaries. Entombed really stepped up to the plate; few metal bands can survive longer than ten years and still make excellent albums. Hardcore death metal fans may not always enjoy Entombed’s approach to the genre, but this is the true successor to 1994’s fan-friendly Wolverine Blues. Any fan of quality underground metal should find this to be a superb effort from an underrated band.