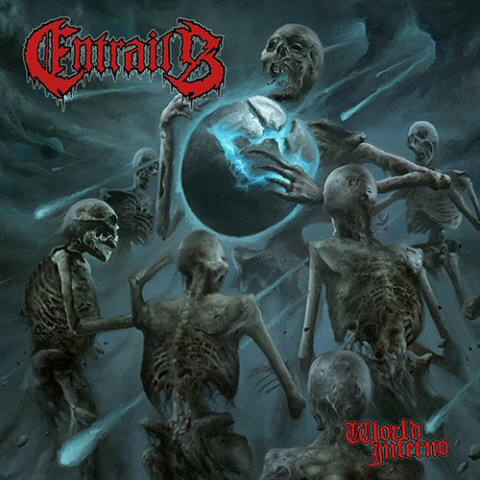 Entrails sixth studio album “World Inferno” is an album that fans wanting more of their glorious Swedish death metal should welcome with open arms. The album was once again recorded at Lundqvist‘s Bloodshed Studio, once again with Dan Swanö handling the mixing and mastering for the album, the old saying; “if it’s not broke then why fix it?”, is an approach that once again paid off because there is no faulting the sound of the music on show here. The band once again stick to the formula without venturing into new territories, but this is death metal, and if you came here you know by now what to expect. You can leave originality and innovation at the door and put quality songwriting on the table. ‘World Inferno’ is an album packed full of riff infested songs that reek from the stench of filth from the death metal plague that swept across the globe in the early 90’s, harking back to the classic days when Swedish death metal reigned supreme. The album’s strength is that even though you feel like you have been here before, the songs work their way into your psyche and remind you of all those classic albums and what got you into death metal in the first place.