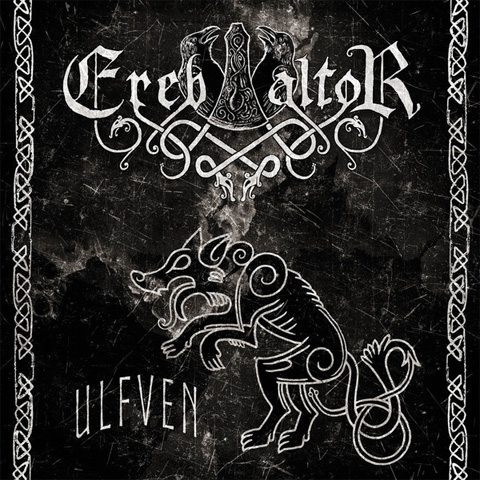 Ereb Altor always promises one thing with each release: epic, folk-blended metal inspired by Norse legends. Ulfven shakes things up again and delivers some majestic riffs and some of the best vocal work from the band. The opening reading of Voluspa builds the atmosphere before exploding into En Synd Svart Som Sot. Sharp riffs and pounding drums burst from the graceful tongue reciting Voluspa, setting up the rest of the album. Perhaps the biggest (and longest) highlight of the album is Bloodline. Its lyrics are very grounded for Ereb Altor – a man wishes to carry on his father’s legacy and make him proud. While it does retain the Norse mythological themes in its lyrics, it’s probably the most emotionally relatable song Ereb Altor has released. Aside from the well sung lyrics, Bloodline’s epic riffs ring throughout the ten-and-a-half track to give it the titanic feeling this juggernaut deserves. While Ereb Altor’s songwriting style is one of their biggest strengths (riffs largely composed of sustained notes while a choir or keyboard helps fill in the space), it does get slightly repetitive. However, when they break away and get into some real shredding (like in the bridge of Av Blod Ar Jag Kommen) the monotony is shattered. The album definitely incorporates keyboards more than previous titles. Guitars remain high in the mix, keeping everything hard and heavy, and the keys only help to create the grandiose power felt in Ulfven’s songs. In addition to adding in more keyboard, Ereb Altor seems to have tapped to black metal a touch further with this album and its cutting bridges. This is perhaps the most well composed Ereb Altor album in six years thanks to its added keyboards, good blend of epic and more traditional riffs, and the vocals being arguably the best ever laced on an Ereb Altor album. Bloodline is the highlight track, and the lead in of Voluspa into En Syn Svart Som Sot make for a destructive opening to one of the best Viking metal albums in many years.