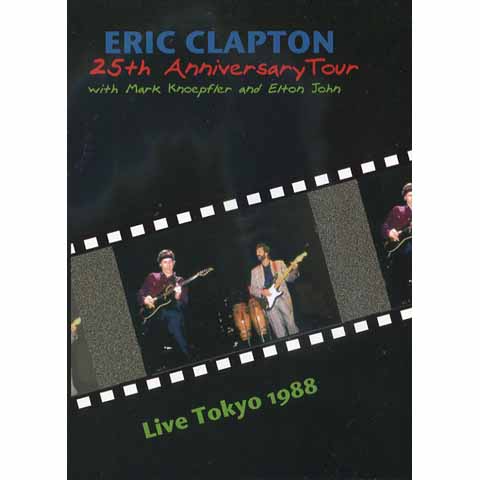 Eric Claptons 25th Anniversary Tour, featuring Dire Straits guitarist Mark Knopfler among band members, was arranged to celebrate what was, in the late-1980s, Claptons quarter century in the music business. Beginning on January 22, 1988 in Birmingham and ending on November 5th the same year in Osaka, the tour led through Asia, Europe and North America. Announced in December 1987 the tour quickly sold out and during 42 concerts, including four in Japan, 12 in the United Kingdom and 26 in the United States and Canada, Eric and band performed in front of more than 500,000 concertgoers, taking around 14 million US dollars in revenue. On November 2nd, the entourage performed at Japans Tokyo Dome, for a show which was recorded for live broadcast on TV and FM radio, both in Japan and across the US. Elton John performed both solo on a couple of numbers during the concert, and alongside Clapton and band for several more songs. This dvd features almost 90 minutes of material from this night