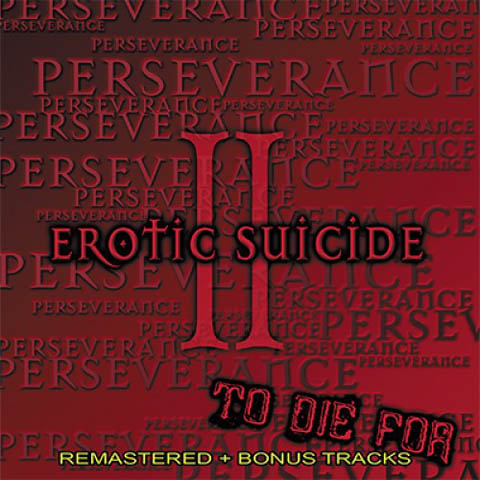 Erotic Suicide was a hard hitting rock band from Oklahoma City. Refusing the traditional move to Los Angeles to join their peers on the Sunset Strip, this band focused on the Mid-West, and built up a loyal fanbase. Their first album entitled Abusement Park was released in 1993 and it established the band as a driving force in energetic rock music. The band received critical acclaim both in the states and throughout Europe for their debut release. They went from frontpage on a variety of underground Rock fanzines, to being featured in numerous national and international magazines, and to being called America’s brightest hope on MTV Europe Headbanger’s Ball. Erotic Suicide is a band that built their energy from their passion and love for music. Whether playing live or in the studio, each member of this band surrenders every ounce of himself to the music in which he is playing. Shortly after its release the band began playing shows to support Abusement Park playing with such acts as Ugly Kid Joe, Jackyl, Ace Frehley, Bang Tango, and Vince Neil. While touring the band began writing material for their second album which was slated to be called To Die For. Ultimately the band parted ways with their label and went back to their roots, changing the name of the album to Perseverance and releasing it themselves. As one critic stated, Of the many bands scratching a living in the grunge dominant 1990’s, Erotic Suicide was considered one of the more credible. Their concern with their material rather than their location, image or groupies was a refreshing change for this heavily stereotyped genre. Their debut album sold in total about approx 25,000 copies, numbers that were hard to reach for the following album and the band, just like so many others, had a hard time to survie in the new grunge era and fell apart soon afterwards