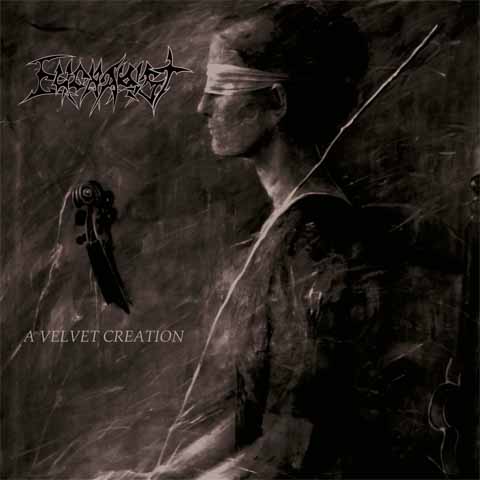 Eucharist is a Swedish death metal band that knows exactly how to use melody from heavy metal and weave it into death metal. This so many times in melodic death metal bands run into tedious songwriting and riffs that are uninspired; a perfect example of this is post Alf At the Gates. When thinking about the Swedes and their melodies the listener expects sweeping melodies, and in this album that’s exactly what the listener is presented with. Each song has a melody that Eucharist keeps through many riffs, like many previous thrash bands (Slayer for example). So what distinguishes Eucharist from its peers is this hard to do genre? Well it’s the fucking riffs and putting them together in a way that isn’t tedious. Eucharist has load and loads of riffs in this album, yet they also keep a emotion in them. Not ever do they linger on a catchy riff just for the catchiness of it; every riff flows into the next for a hypnotic headbanging greatness. Eucharist also uses a lot of harmonies throughout the album, and they are weaved in and out of the tremolo picked riffs. These subtleties shine through with multiple listens, because they aren’t banking on in your face hooks; although, the tremolo picked riffs kick your face in at the start, the songwriting lulls you into the song by making those tremolo picked riffs hypnotic. What makes the riffs so hypnotic is the drumming because it’s simplistic and rarely deviates from the standard old school death metal beat or blast beat. They use the drumming counter to what the riffs are doing, an example of this is the blast beats over slow riffs and the slow beat over a fast tremolo picked riff. Although this album is fucking solid, hypnotic, and riffy all the way through it lacks in substance and atmosphere to put it as one of the greats in the genre. The lyrics are standard old school death metal, and the atmosphere is of the standard evilness in old school death metal; however, the riffs and brilliant songwriting make it a phenomenal release. Highly recommended for those people into old school death metal. With Daniel Erlandsson (ex-In Flames) on drums

Track listing:
1. Greeting Immortality
2. The Religion Of The Blood-Red Velvet
3. March Of The Insurrection
4. My Bleeding Tears
5. Floating
6. A Velvet Creation
7. Into The Cosmic Sphere
8. Once My Eye Moved Mountains