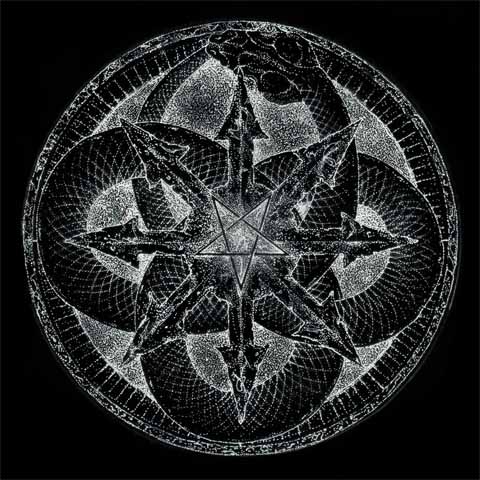 Eucharist –I Am The Void dlp

Eucharist was formed in the late 80s, at the same time as other melodeath giants such as In Flames and Dark Tranquillity. However the Eucharist story took another turn and the band split up not once but several times. The band made music that was darker then the Gothenburg sound and when the band were re-activated again in 2015 it was many that were interested to see and hear what they could come up with. It would however take several years before a new album would see the light of day but in 2022 the band finally released their comeback album, I Am The Void. Eucharist’s founder Markus Johnsson has teamed up with drummer Simon Schilling from bands such as Belphegor, Marduk and Panzerchrist and together they have explored the darker side of music and created an album that is more black metal than anything the band has done before. Its still melodic but Schilling’s drumming is so tight and fast and Markus does have that raspy blackened voice. Overall this is a damn fine return even tough it doesnt sound like A Velvet Creation part 2.

Track list:
1. Shadows
2. A Vast Land Of Eternal Night
3. Goddess Of Filth (Tlazolteotl)
4. In the Blaze Of The Blood Red Moon
5. Mistress Of Nightmares
6. Queen Of Hades
7. Nexion
8. Where The Sinister Dwell
9. In The Heart Of Infinity
10. Lilith
11. Darkness Divine
12. I Am The Void