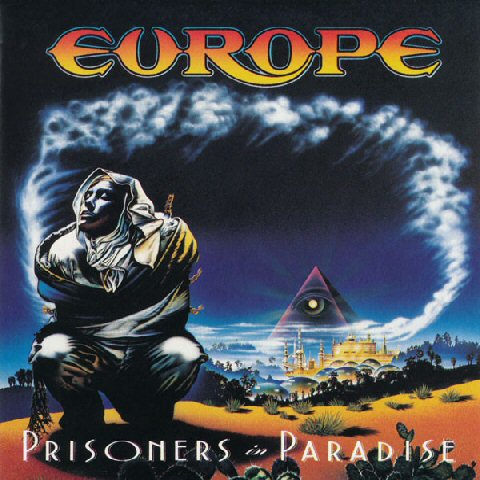 ‘Prisoners in Paradise’ is the fifth studio album by the Swedish hard rock band Europe and this time they opted to use the production skills of Beau Hill, noted for his work with Ratt. The band’s fifth album was delayed, according to rumours, by the record company who felt that initial recordings did not have enough hit material. This apparently prompting Europe to begin co-writing songs with the likes of Jim Vallance (Bryan Adams), Mr.Big vocalist Eric Martin and Nick Graham who had written Cheap Tricks number 1 single ‘The Flame’. The album was finally released on September 23, 1991, by Epic Records. It reached the number 2 position in their native Sweden gaining the band a platinum award for 100’000 sales, although it was not a big success elsewhere and once all touring was completed Europe was effectively put on ice whilst the individual group members chose to pursue solo projects.