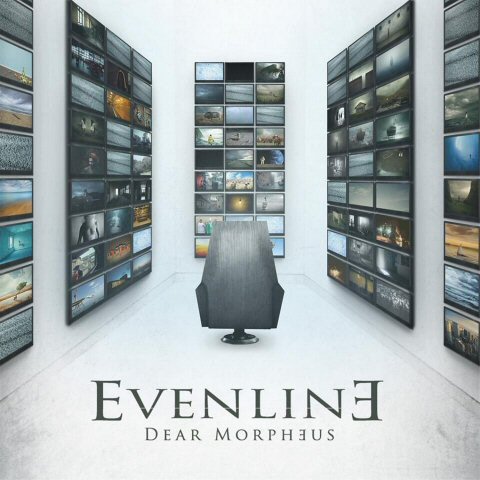 Evenline is an Alternative Rock/Metal band born in 2009 Paris, France who got their kick-off after opening up for Alter Bridge in 2011 and are now entering the scene for real with their debut album, Dear Morpheus. Evenline plays a streamlined type of pop-friendly Alternative Rock or Metal that occasionally wanders ever so temporarily into Progressive territory for good taste, and I’d probably describe their sound as Breaking Benjamin playing Staind with some touches of Metallica and Soundgarden. An unholy mix, but one that Evenline – for the most part – has nailed down to a rather solid sound and with it forged a solid album with a bunch of strong songs. And in traditional fashion, the stand-outs come first in the form of Misunderstood, Without You and Letter To A Grave, where the first two boast a heavier, semi-Metallic riff base and melodic choruses while the third is the heartfelt semi-power ballad of the album, and depending on your preferences any of these three could be the best track on the album. Other contesters are Already Gone, which is a rival to Letter To a Grave, the title track Dear Morpheus, which at seven minutes and six seconds is the most Progressive track to be found, and Hard To Breathe which is arguably the heaviest and most Metal track on the album. The bands strength is definitively their ability to write solid, somewhat catchy and heartfelt songs about love and its devastations, and they make use of that ability throughout the album. Their weakness however is that their sound is so streamlined that it is hard for them to branch out, resulting in a strong sense of recycled sounds that just aren’t different enough from one another to inspire a sense of dynamism or progression through the album – even between tracks that are distinctly different. And perhaps more lacking is emotional variety between songs, which makes sense since they topic the same thing on every track. But apart from a recycled sound and lack of emotional variety, Evenline shows real potential on Dear Morpheus and has written a gang of solid songs that might just end up on a few charts. It might be a little too tame for Metal veterans, but Alternative Rockers should feel just at home here on Dear Morpheus.