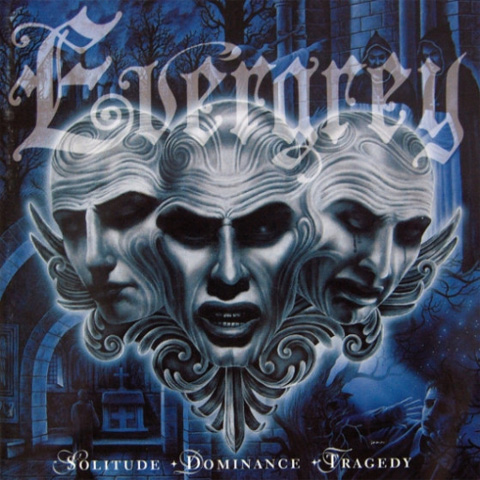 The second album of Evergrey, released in 1999, was a big surprise for everyone who didn’t know them and a prospect of everyone who had heard the first album. Solitude Dominance Tragedy surpasses The Dark Discovery in everything (music, lyrics, production, performance) but its not as dark as their first album the band had taken another route for this disc. When I first heard this album, back in 1999, it didn’t make any sense to me but the more I was getting into Evergrey, the more I loved them. The style of music on this album is not for a mainstream audience. This is one of those albums that need several spins before you understand it. Its difficult and complicated but also melodic and sentimental. The music as a whole is an unusual mix of dark progressive and gothic themes with power influences. They have many powerful riffs in every song. Some of them are speeding like demons in every song. They have an unusual guitar tone, which can be light as a bird and become heavy as a steamroller in the same song. Tom Englunds voice is passionate, perfect for following the music the band plays. Not something extreme, but melodic and sorrowful. Sorrow, fear and isolation… thats what Solitude Dominance Tragedy is all about.

Track listing:
1. Solitude Within
2. Nosferatu
3. The Shocking Truth
4. A Scattered Me
5. She Speaks To The Dead
6. When Darkness Falls
7. Words Mean Nothing
8. Damnation
9. The Corey Curse