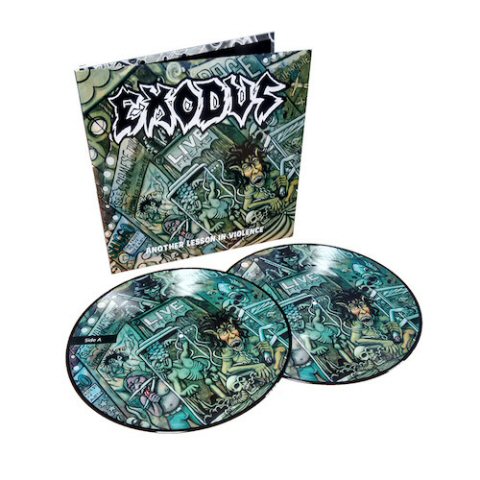 This album was the product of Exodus’ reunion in 1997 with 4/5ths of the line-up from their highly acclaimed debut, Bonded By Blood. It was the first show of their American reunion tour, and has a fantastic sound. The sound courtesy of Andy Sneap is very heavy, and the mix is superbly done. The setlist for this album is near perfect, with it consisting of the entire Bonded By Blood album, along with three tracks from Pleasures Of The Flesh and one of Exodus’ demo-era tracks, Impaler. Bay-Area titans Exodus have always held an embargo on the ass-kickery that is Thrash Metal. Sure, Destruction this, Sodom that, Kreator killed Jesus with a whiffle ball bat, but no other bands had as much raw energy and power as Exodus had. Another Lesson In Violence, which was the last Baloff-featured album ever, should be right up there on the list over the most classic live albums of all time.