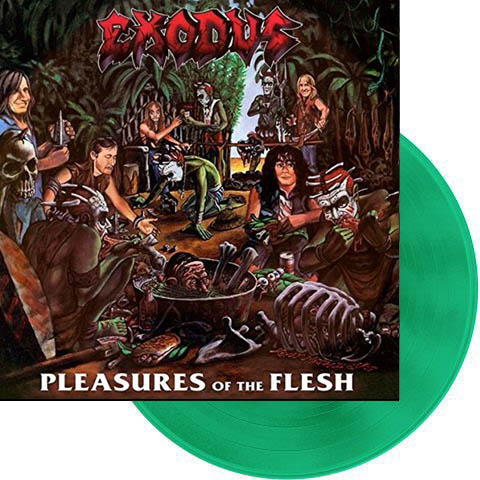 Despite their crucial involvement in the development of thrash metal, by 1987 San Francisco’s Exodus were playing a desperate game of catch-up. Upstarts Metallica had first stolen their thunder, then their guitarist; and after a year long delay that rendered their seminal debut, Bonded By Blood, rather archaic, the group experienced a tumultuous lineup change with the departure of founding vocalist Paul Baloff and the arrival of ex-Testament singer Steve Souza. By and large, the throat-shredding vocal styles of both frontmen were pretty much interchangeable, but the difference in songwriting quality between the aforementioned Bonded by Blood and its dismal successor, Pleasures of the Flesh, was quite astounding. Truth is, except for the rather memorable title track, the record simply fails to deliver the goods, seeming almost like an evolutionary step backward. Pleasures of the Flesh left little hope for the future, but incredibly, Exodus would rebound with excellent results on 1989’s Fabulous Disaster.