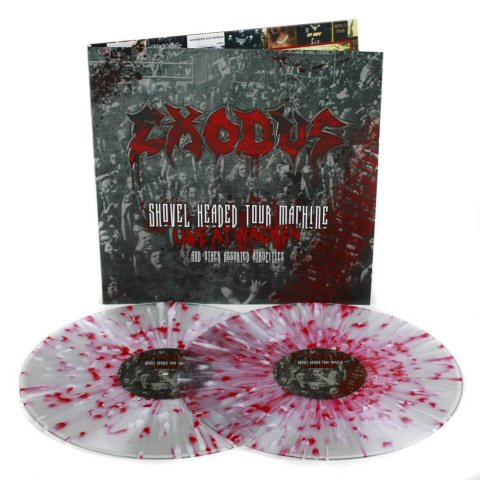 Short and simple. Exodus made the impossible possible: With The Atrocity Exhibition Exhibit A (2007) they recorded the best album of their long running career. What? Bonded By Blood? Yeah, sure its a classic. But in some years the Atrocity Exhibition (Exhibit A) will have the same status. After listening to this record only and nothing else its perfectly clear: Its THE Thrash album since yeah, well since what? Now, the band hailing from the once so mighty Bay Area has taped their Wacken Show 2008, which is going to mark another milestone in the career of Gary Holt and Tom Huntings thrash metal bulldozer Exodus! A roaring blast at Wacken where they played songs from their latest album as well as some real Exodus highlights. Itïs epic, as almost 80.000 chanting fans go nuts in front of the stage! Witness the intensity that is Exodus and admit there is no better live band within this music genre! Exodus strengthens their status once more! The legend lives on!