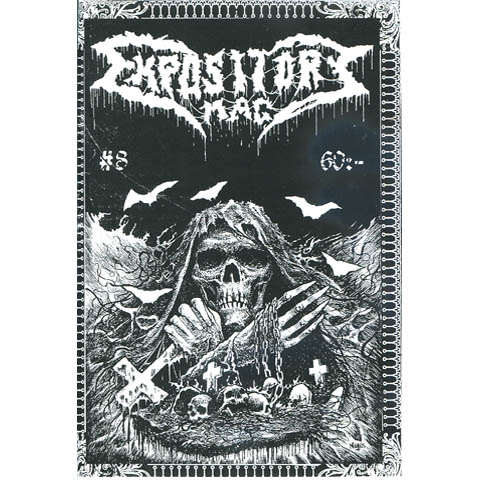 Do you remember the good old 90s when fanzines were supporting and part of the underground. It was these zines that brought information and marketing of the Norwegian black metal scene or the Swedish death metal scene to the masses. One of the zines that were active back in the early 90s were Expository magazine with 4 issues released back then. Then almost 25 years later the fanzine was brought to life to release a fifth issue in the true old school way with cut and paste methods. This is the eight and final issue. Extra thick issue with poster, beer coaster and two stickers. In this issue we have interviews with Eternal Autumn, Daniel Ekeroth, Kvaen, Grand Harvest, Unanimated, Martin Van Drunen and a lot more