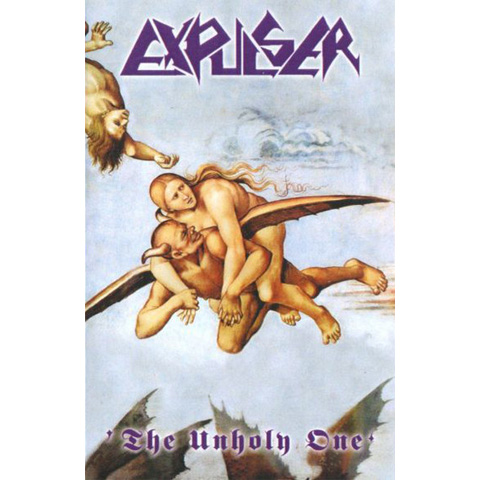 Expulser is one of those old school thrash metal bands from Brazil that got signed to Cogumelo Records in the 80s. The band came together in the small city of Lavras in the state of Minas Gerais, Brazil, the band was influential by the countries scene at the time. They managed to churn out no less than four demos and two full-length albums as well as a compilation album in 2017 but never really became as well known as Holocausto, Dorsal Atlantica, Mutilator, Sepultura or Sarcofago. Their first output, The Fornications demo, sounded like an influenced death-thrash black-summoning while their first full length album, The Unholy One, is a classic example of the unique style of death/thrash coming from Brazil at the time. When you consider similar releases from Brazil’s underground death metal scene of the time a lot of bands took heavy inspiration from Sepultura in general, but in 1992 it was Arise that dominated everything so you’ll hear clear nods to it on tracks like Screams of Delight but you’ll immediately notice the unique style of blasting that kicks in between additional nods to Kreator‘s Pleasure to Kill and even an outro that invokes Nocturnus very briefly. If you’re a fan of classic thrash metal and it’s extreme, bestial variations from South America then this is an absolute must-listen. If you likewise love death/thrash and old school death metal you’ll be even happier.

Track list:
1. Praise To The Almighty God
2. Cirrhosis (Lets Get Drunk)
3. Bleeding At Cross
4. Fornications (At The Church)
5. Screams Of Delights
6. Christs Saga
7. The Evil Orgasm
8. Gore Pussy Of The Virgin (The Rape)
9. The Slut