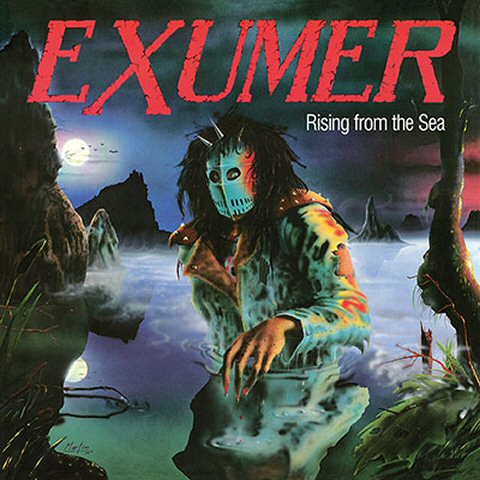 Exumer -Rising From The Sea lp

Debuting their new vocalist/bass player, Paul Arakari, Exumer brings us their second and last effort, ‘Rising From The Sea’. What we have before us is some very brutal thrash, with the vocals now resembling those of Slayer’s Tom Araya and sporting a gruffer sound. Following in the footsteps of ‘Possessed By Fire’ this album is overflowing with monstrous thrash riffs that break the speed limit and memorable songwriting but its also a bit more technical and has chunkier guitar tone then the previously album. There are hints of Slayer throughout not only vocally. The only negative thing if you have grown up on ‘Possessed By Fire’ might be that while the band was obviously going for a more aggressive sound on this disc, a small portion of the sheer savagery and magic from the debut seems to have been lost somewhere. Nonetheless, this album still succeeds in the fine art of ripping off one’s face.