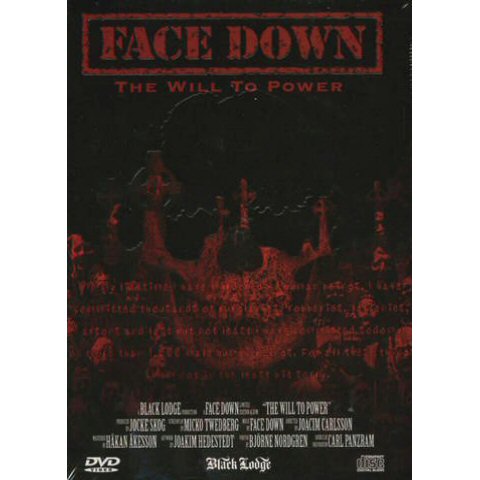 Face Down -The Will To Power cd/dvd [dvd case edition]

Limited edition with 2 bonus tracks, a 12 page booklet and a bonus dvd. Comes in a dvd case

After forming in 1993, Stockholm, Sweden’s Face Down attempted to ride Pantera and Machine Head’s groove-metal gravy train (and why not?) with a pair of impressive (but not impressive enough) mid-’90s albums: 1995’s Mindfield and 1997’s The Twisted Rule the Wicked. And yet the band may now be best remembered for where its members wound up playing next. Vocalist Marco Aro went on to front the Haunted, guitarist Joacim Carlsson returned to his prior concern Afflicted, amid other projects, bassist Joakim Harju formed Construcdead, while former skin-pounder Peter Stjarnvind (one Richard Bang played on the band’s first album) performed with everyone from Entombed, to Krux, to Murder Squad. And years after the fact, following his dismissal from the Haunted, Aro reassembled Face Down’s final line-up — along with Construcdead drummer Erik Thyselius — and recorded a third album named The Will to Power, released in 2005. A lot happened during the years that Face Down was on hiatus. When they returned for The Will To Power they had learned how to write good and memorable songs — a great myriad of them, as it turns out. With former Haunted frontman Marco Aro behind the microphone, it’s not surprising that The Will to Power, with its overpowering blitz of thrashing riffs, sounds like it could have been the follow-up to One Kill Wonder, had history written itself differently. That said, opener “Drained” makes it quite clear that this is going to be a far less expansive exercise than the aforementioned act’s last opus, and those waiting to hear Aro croon his way through a melodic chorus or two had best stick to The Haunted Made Me Do It. For forty-three minutes flat, the band go for the jugular without any respite whatsoever, ripping and snarling their way through ten songs that aren’t so much aggressive as borderline barbaric. The crusty yet bass-heavy production doesn’t make proceedings any prettier either, and that’s just fine, really: this triptych makes The Will to Power one of the heaviest, catchiest and downright nasty thrash metal albums you’ll hear this side of Shovel Headed Kill Machine.