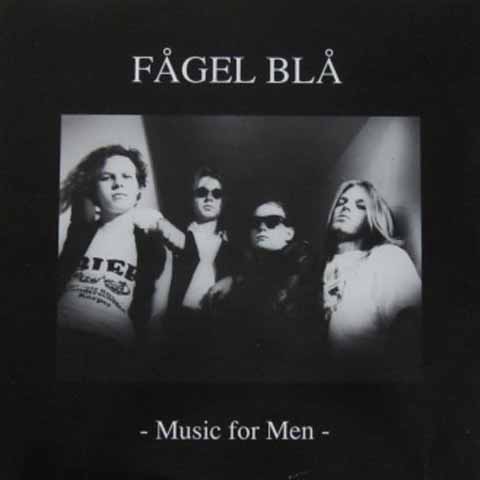 Original Arda Records release with an A4 pressrelease insert

Fågel Blå was a melodic punk band from Gothenburg, Sweden where several of the members had been playing in postpunk bands in the 80s. The band got signed to Arda Records in 1990 where they released some split vinyls, two singles and this mini album, Music For Men. This album was recorded at Studio Lane in September of 1991.

Track list:
1. Music For Men
2. The Crime
3. Because Youre Dead
4. Jesus Christs Superfan
5. Power In My Balls