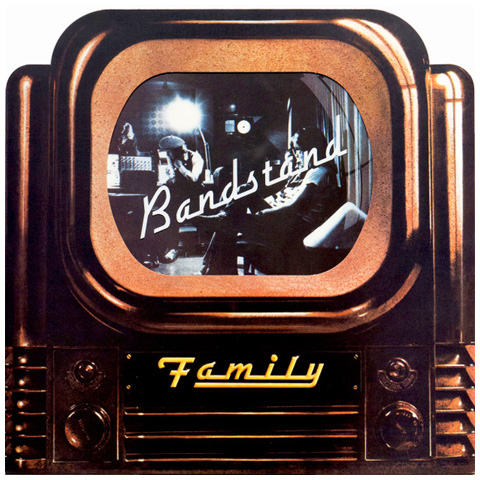 Family were one of the more interesting groups of hippie-era Britain. The bands roots goes as far back as the early 60s but their debut album, Music In A Dolls House, was released first in 1968. This was a psychedelic band who evolved into prog-rockers in the 1970s and they would become hugely influential for the scene and some of the members would go on and find fame and fortune elsewhere in bands such as Blind Faith, Asia, King Crimson, Traffic, Streetwalkers and Rod Stewart band. Their 1972 album, Bandstand, is probably the best of the late Family recordings. For a band that for the most part eschewed riffs and hooks, both are in plentiful supply here. More important, by the time of Bandstand’s release, Family had reconciled the war between their art-rock and hard rock tendencies; that is to say, there is more of the latter and less of the former. Some frequently excellent guitar playing of John Charlie Whitney and the raspy, whiskey-and-cigarette voice of Roger Chapman. While bands like Jethro Tull, Ten Years After, and the Keith Emerson-led Nice (and later Emerson, Lake & Palmer) sold lots of records, Family, who frequently toured with these bands, were left in the shadows, an odd band loved by a small but rabid group of fans. Family was always the real deal, the working person’s band, a group that did not pander to the top-40 crowd, recording executives, or misguided program directors. The fact that Family never broke through to become as big as its contemporaries does not diminish the importance of their body of work. Their music is worth the effort to seek out. I envy those of you who will soon be hearing some of this music for the first time.