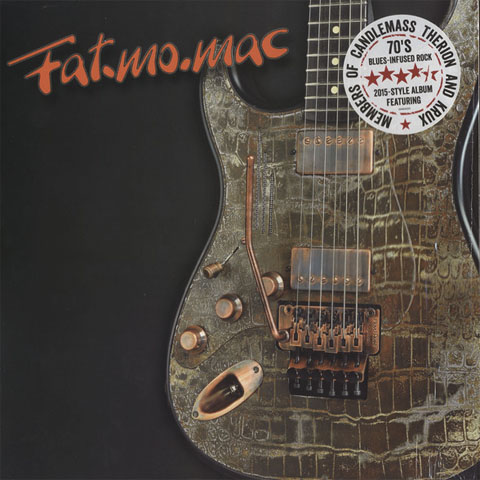 Candlemass guitarist Lars Johansson has launched his new project Fat. Mo. Mac which is hitting the scene with a bluesy touch straight out of one of the most influential eras in music history. With influences like Jimi Hendrix, Ritchie Blackmore, Jeff Beck, and Leslie West pressed firmly between the pick and slide of the strings, Fat. Mo. Mac’s eponymous debut album is anything but freshman work. Mats Leven (ex-Candlemass, Krux, Therion on vocals). Lars own words:

A music project that started out with me and my old friend Roger. I had a couple of ideas that would take us back to our roots, when it comes to incluences and inspiration. A big sorrow and shock hit me very hard when he suddenly past away in a heart attack. Therefore he could only be a part of the project in 3 songs. After a while I could continue and complete the album with other musicians and friends, and I think it turned out well. This record is for you Roger, may you rest in peace.