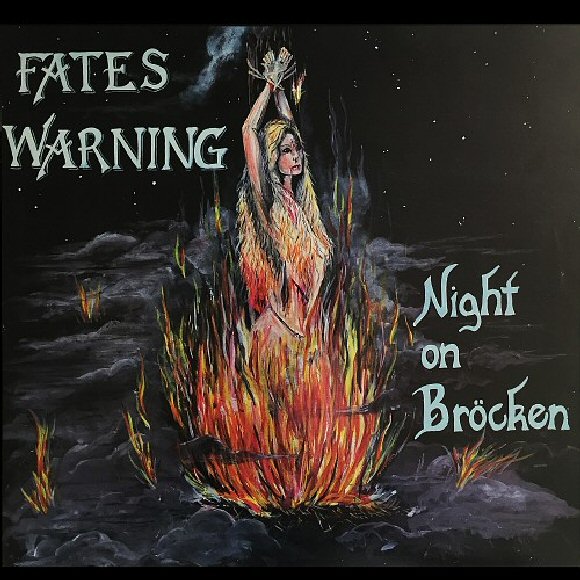 Black vinyl with insert and poster

Fates Warning has weathered nearly two decades of shifting musical trends with a steadfast fan base. Operating for many years below the trend radar, the group has nonetheless resolutely generated a commendable and ever strengthening catalogue of work, which finally broke into widespread recognition. The Hartford, Connecticut band was initially titled Misfit in their original formation in 1982 but changed their name the year after. A couple of demos in 1984 enabled the band to include a track on the ‘Metal Massacre V’ compilation album and the resulting appreciation resulting in a long term deal with Metal Blade records. The September 1984 debut album ‘Night On Bröcken’ actually a glorified, barely brushed up clutch of demos recorded by Doug Clark at The Gallery in East Hartford being remixed by Bill Metoyer, established the band very firmly in the traditional metal mould, hosting few clues amongst its galloping Maiden-esque arsenal of riffs that could point toward the future that was set to unfold. Of extreme rarity value would be two alternate sleeves used before widespread distribution, amateurish paintings of a burning witch and a fairy tale scene.