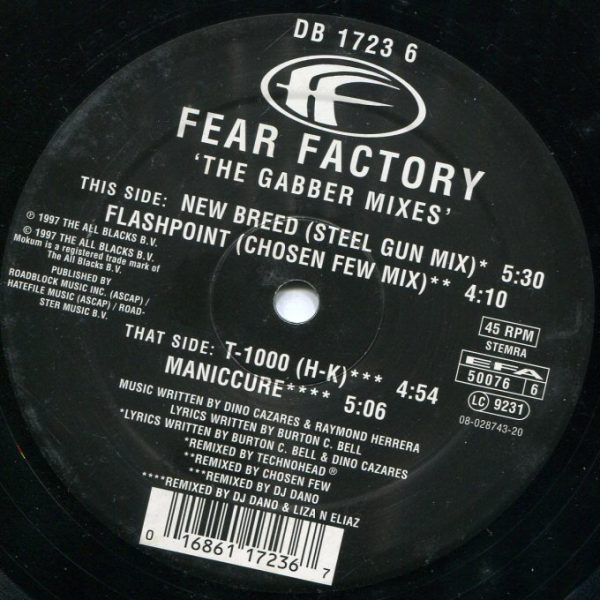 American industrial act Fear Factorys album Demanufacture is generally considered to be the bands defining work and received much critical acclaim upon release, being awarded the maximum five K’s rating in the UKs Kerrang! rock magazine. It went on to become a fairly successful album. While Soul Of A New Machine failed to chart anywhere, Demanufacture made the Top 10 of the Billboard Heatseekers charts. Fear Factory spent the next few years touring with such bands such as Black Sabbath, Megadeth and Iron Maiden and appearing at the 1996 and 1997 Ozzfests, among other music festivals. In May of 1997, the band released a new album composed of Demanufacture remixes by artists such as DJ Dano or Junkie XL (now known as JXL) called Remanufacture – Cloning Technology, which marked the bands first appearance on the Billboard 200 and also appeared on the Billboard Heatseekers chart. A very rare 12 remix EP was released at the time by Mokum Records. The track T-1000 is from Remanufacture, which is a remix of HK (Hunter-Killer) from Demanufacture.